Showing posts from November, 2011
Show all

Almost the end of the semester!

- November 29, 2011
I haven't been on here as often as I like, due in part to the end of the semester. Students and the day job comes first, and then the writing. Then the blog. I'll have a lot more time when the semester ends in two weeks, so my posts will be more sporadic until then. In the meantime, I've collected reams of material and read about a million books. I'm behind I know, but I have to pay the bills! Talk to you all soon!
Read more 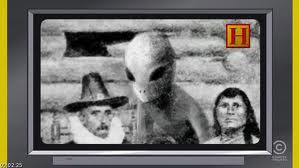 Before I start the baking, I wanted to list a few things I am thankful for. Everyday I give thanks for my husband, because without him I don't know where I'd be. If I hadn't had the bad experiences that I've had in my life, I would never have met him, but I still can't make myself completely grateful for some of this shit I've gone through. But, here's a list of things I'm thankful for. It started out as 10 and evolved to 20. 1. My husband. 2. Paper books and the authors who write them 3. Music 4. Kindle 5. My four furry children 6. The internet 7. My writing, and my imagination that fuels it. 8. Hope that things will get better 9. A day job that I love (most of the time!) 10. The First Amendment and all my freedoms as an American 11. My individuality and creaticity 12. My Wiccan nature/faith/spirituality 13. Women everywhere 14. Zombie movies 15. Trash TV and soap operas because where would I be without my not-so-guilty pleasures? 16. M
Read more

Some thoughts on Anne McCaffery 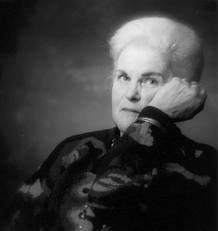 I wanted to write my own tribute to the passing of Anne McCaffery. Like other writers and readers who posted about her passing I wanted to add my own contribution. This was sad news to hear, because some of her books were influential to me, not as much as a writer but definitely as a reader. It's very difficult, in my opinion, to be a successful sci-fi writer. Sci-fi is a difficult genre to master, and Anne McCaffery did it--AND did it in a way that was enormously successful. What was also unique about her is that she was writing in the genre during a time when sci-fi was mostly dominated by the boy's club. One of the things that one sees a lot in sci-fi, unfortunately, is a lack of believable and realistic female characters you like to root for, or in roles in which women are typically wives, mothers, and the emphasis on their importance in the story has only to do with their reproductive qualities. Sadly, this trend still exists today. But Ms.McCaffery was one of the first,
Read more
More posts